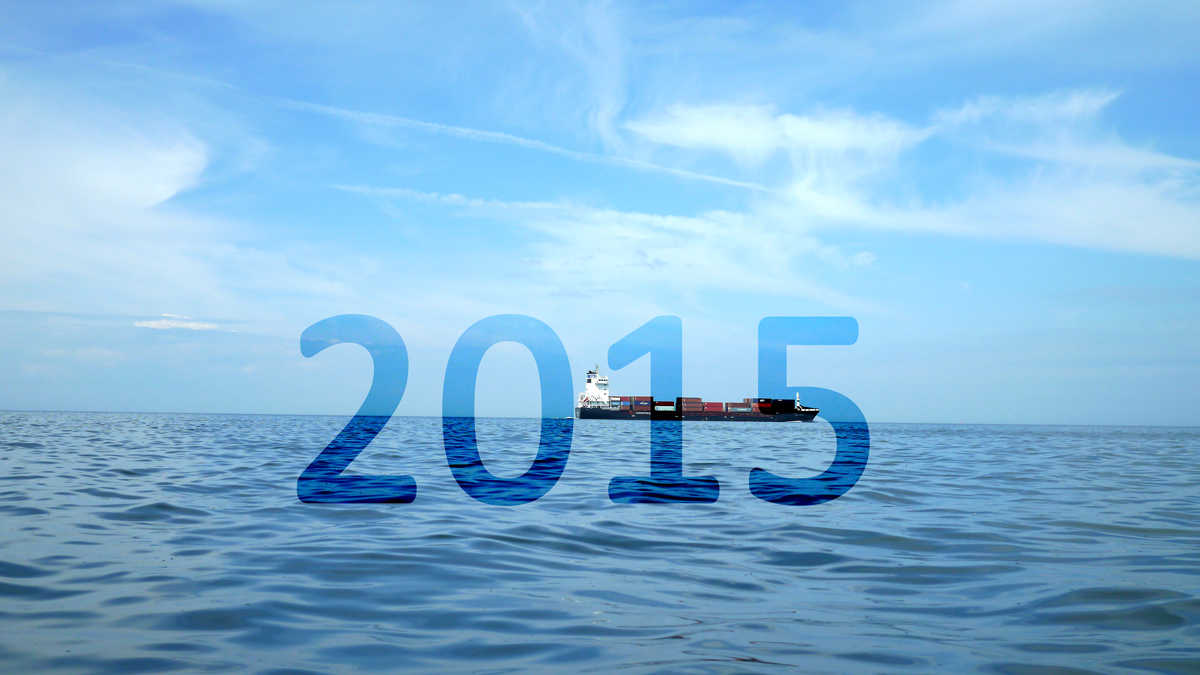 A lot of people come up with some New Year’s pledges at the end of December, just to throw them overboard again during the first days of January.

I do not like New Year’s pledges! If you wanna do something different, start today. No need to wait until years end. There is noting wrong with a little planning though. Great adventures deserve preparation. Read what’s in my sailing box for 2015.

When I started this blog in 2013, I had a dream to sail the world one day on my own ship. At that time, I had none to zero sailing experience. The magazine “Yacht” had just published an article about blogging. I though, well if you can’t go sail around the world right now, why not start blogging about sailing and talk about how this goal is hopefully coming closer every year.

Yes, this is not a spelling mistake. I can hardly believe it either. I am going to cross the Atlantic – almost. Sina and I thought about a tour with our Seascape from Lisbon to the Azores. Thought this would be a great tour for the summer. Well, people at the Hanseboot were not really supportive. At least not of this idea. To big a step, start sailing to Oslo or so they said. It’s probably the wise thing to do … but where’s the fun in that?!

Convinced to take smaller steps, I came to talk with a guy whose boat is currently at Antigua. Has been there for the last 1.5 years and not seen any water for a while. He told me that he plans to sail it back to Europe or alternatively ship it with a big ship back to England. I said “If it’s up to me, the two of us are going to sail west to east.”

And that is what we are going to do this May (Antigua to the Azores). Two men, maybe three on a SunFast 3200. 🙂

Get the damn SKS exam done

I was to lazy to learn for the theoretical SKS exams last winter (German equivalent to RYA/MCA Yachtmaster Coastal Certificate of Competence). There was just to many other things to do. I am still to lazy but need to pass before September 2015, otherwise my practical exam will expire and I have to do the damn thing all over again.

Many of those 500 questions are just so stupid and I do not see how this knowledge will ever help me at sea! *Umpf*

I plan to attend one or two races in the bay of Lübeck or close by (no in-ports though). It will all depend on a crew that still needs to be assembled. If you are interested, cool and somewhat capable post a comment or send me an email.

I have had a closer look to the following races so far:

I enjoy sailing with a good crowd. It’s beautiful and so much easier. At the same time, I always get this weird notion when I see people sailing alone. The ultimate challenge – just me and my boat!

I kind of did it once this year. My 14 year of brother was on board, but he never really sailed before and mainly took care of the tiller. I more or less managed the boat myself. To be honest, there was almost no breeze. I am sort of sure I will be able to do it in normal conditions after I have completed the planned changes to the main sail and gotten myself a tiller pilot.