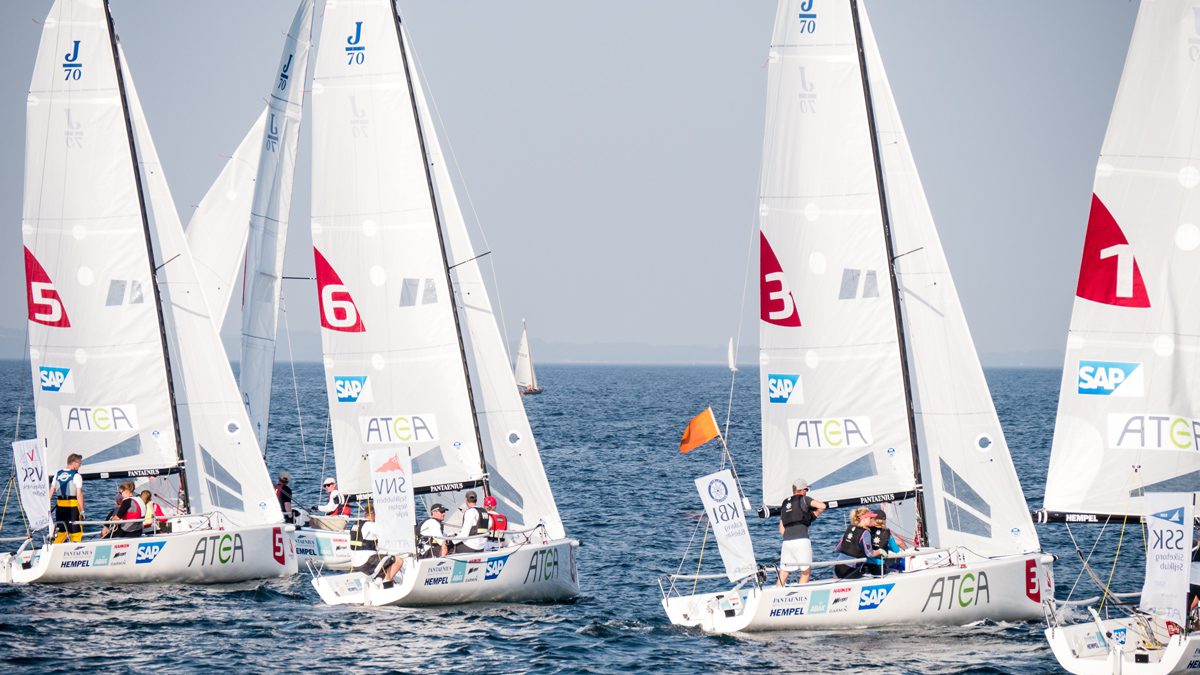 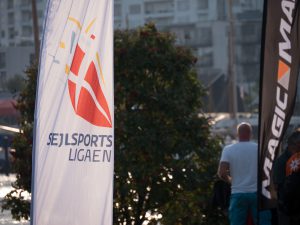 The finale of the danish national sailing championship “Sejlsportsligaen“- a new league founded just this year – was taking place along the shore of the Århus in the last two days. Asides the clubs fighting over the danish trophy in J70s, several other sailors have fought over the honor of being best in their class in parallel.
The danish Seascape 18 chapter was participating aside of H-boats, Folkeboats, Melges 24, J80, Scan-cap, CB66, Yngling, Spækhugger and Drage.

Jochen Denkena, head of the German Seascape chapter, has been asked to compete. I had the honor to join his crew along with his son Ben.

After a night sleeping or rather freezing and turning from on side to the other inside Lüppt – Jochens Seascape 18 – we had to rig and slip the boat. The deed was done in about 1.5 hours but we were still tight on time as we just learned that the start is around 3 nm offshore. 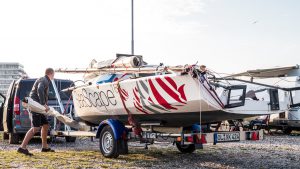 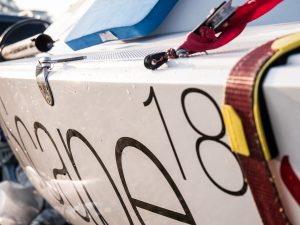 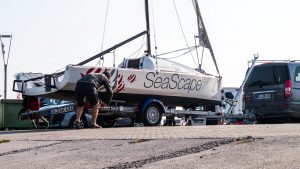 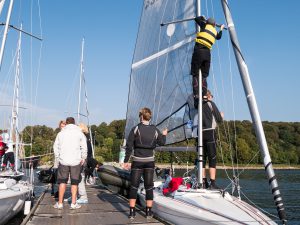 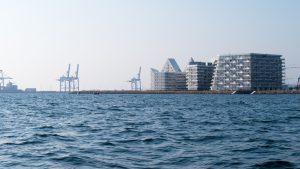 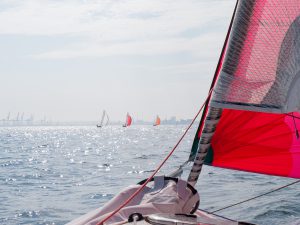 Heading towards the startline

We made it to the start just right on time. The last minute of the pre-start phase was already counting when we came close. We did not slow down or anything but went straight for the start line, passing 3rd out of 5 Seascape 18s.

I was very confused at first, not really a clue what I had to do in my position as bowman. While tagging up and jibing down the race course Jochen educated me. Surprisingly, we could keep our place finishing 3rd in the first race. Not so much luck at the second race, we finished last – mood on board dropping to a low. After having a little argument at the beginning of race 3, we had passed the storming phase in terms of team building. The results were getting better but still only finished 4th. 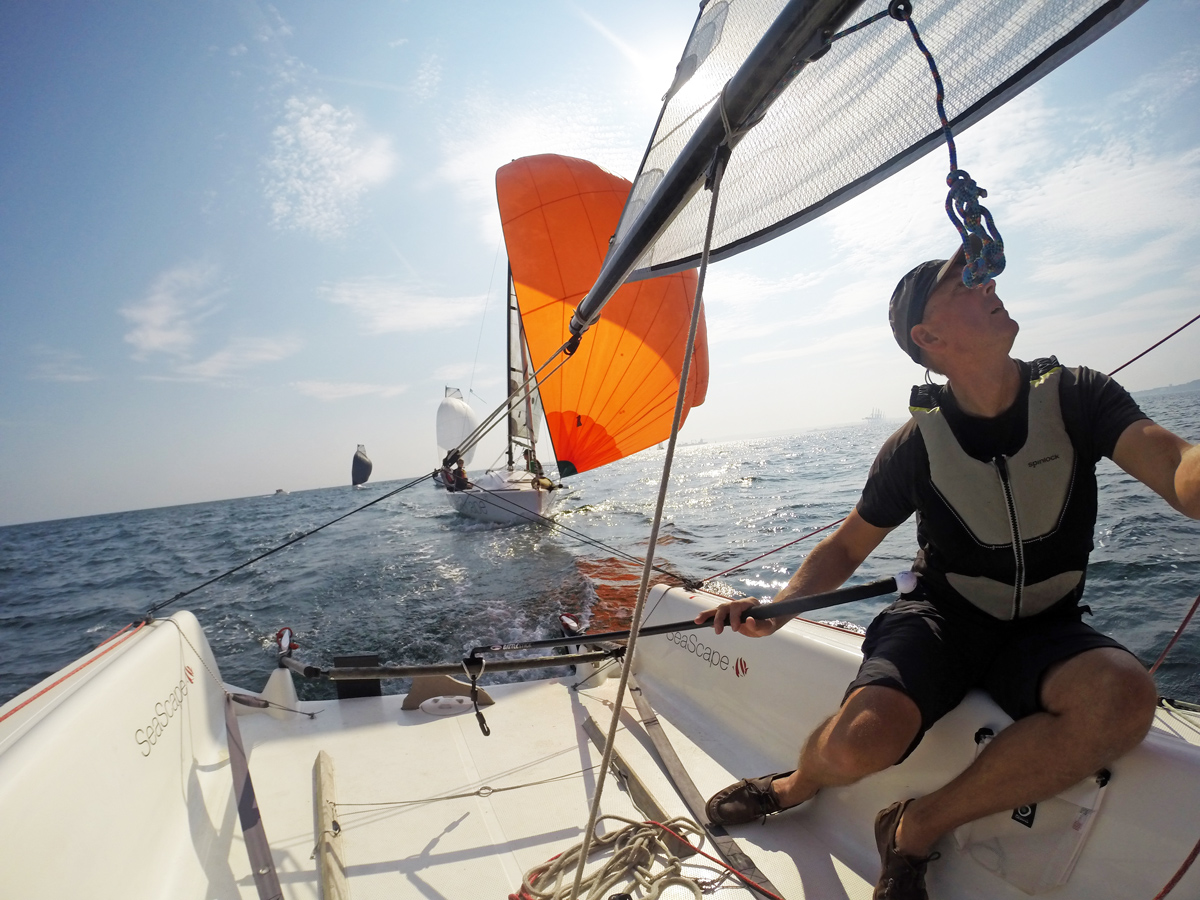 The 4th and last race of the day was our race. A very good start, I applied my new skills of jibing, tacking, hoisting and lowering the gennaker. Jochen steered the boat with uttermost concentration and pristine tactics. We have been rewarded with 1st place. Right passing the finish, the wind died on us. We paddled back to the harbor to enjoy two races of the Sejlsportsligaen – beautiful sun but very little wind.

As the danish pretty much kept to themselves, we’ve enjoyed a typical danish dinner, a few good night beers  and went off to sleep early. 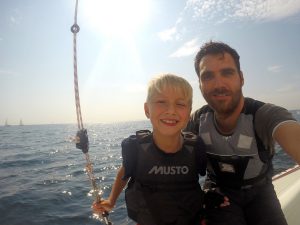 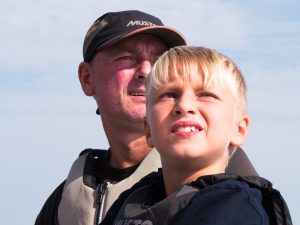 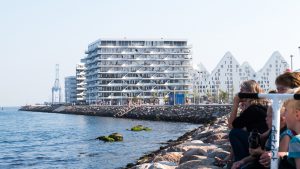 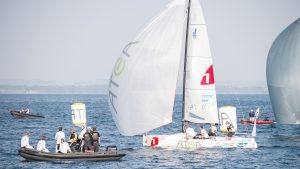 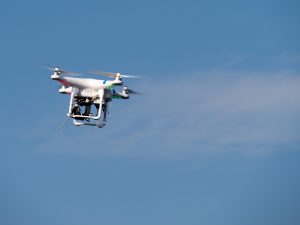 Drone with GoPro capturing the event 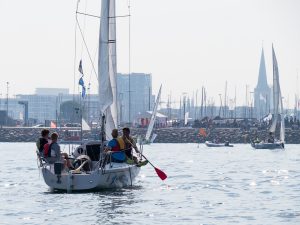 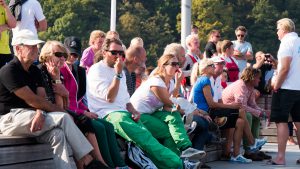 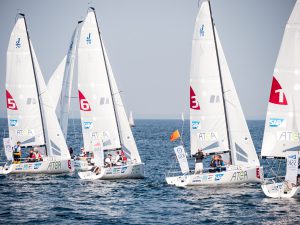 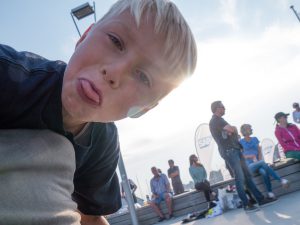 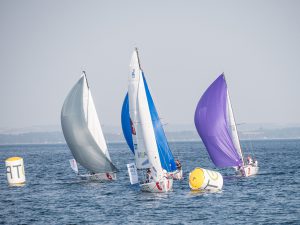 At the lee buoy 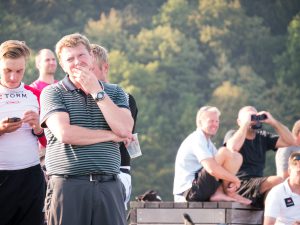 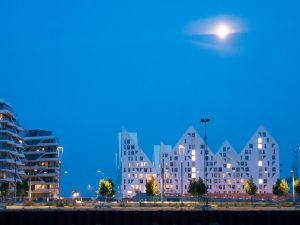