We’ve got a ladder

Stuck … in deep and shallow waters 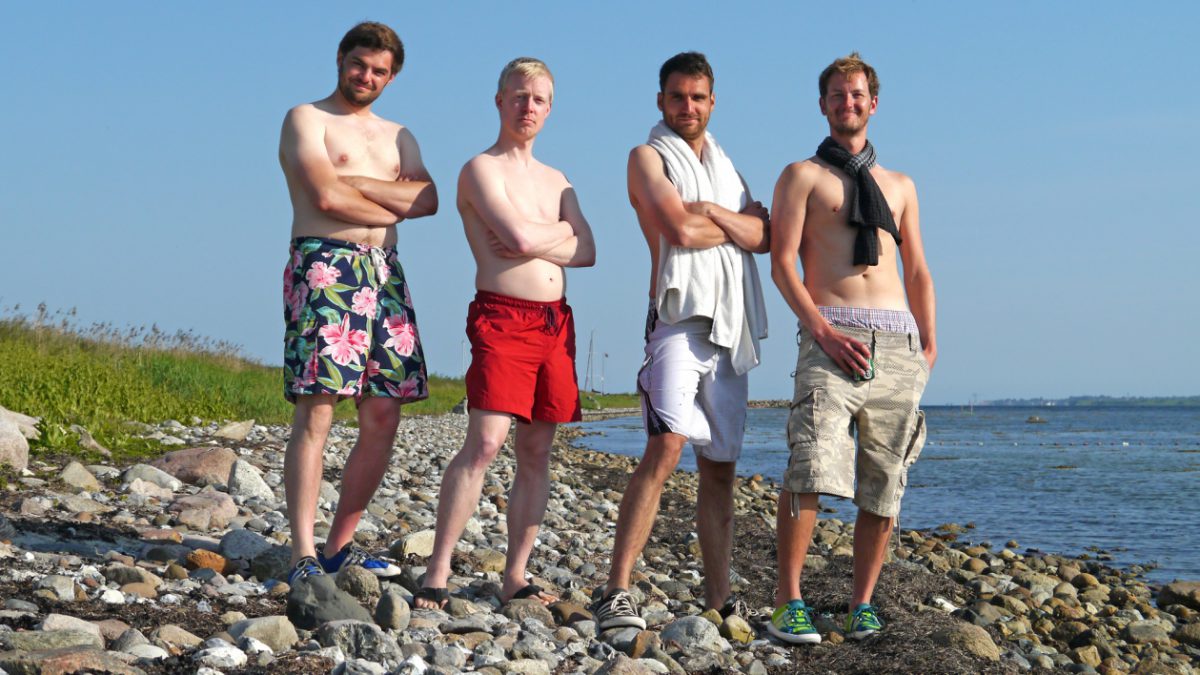 We started our trip Sunday 2nd of June after 4 days of Ascension Day camping and celebration. The wind should lead us to the beautiful islands of the South Funen Archipelago on a 8 days trip worth 223 nautical miles.

The fun already started before the actual trip. I’m usually not very fond of grocery shopping – among men it’s rather a piece of cake. The first and most important items were 5x 24 packs of deposit free Carlsberg cans (I got them on Scandlines Ferry Puttgarden-Rødby), a bottle of fine Scotch Whisky and 7 liters of red wine.

The list of groceries was easily created starting with 5 bags of charcoal briquets and the required items such as meat, sausages, meat, potatoes, bread, cheese, onions, peppers, garlic and ähh meat. On top some noodles, fresh basil and tomato sauce as a backup for rainy days.

I already mentioned our apples in another post. Beer and Barbecue diet is all a men’s body needs.

My crew Dennis, Klaus-Becker and Rüdiger have not really actively sailed before. Dennis studied a book in preparation of the trip up-front. He joked he is familiar with all the important knots, basic navigation etc. because he read the book. When I asked whether he actually tied one of the knots he said “no”!

Better put academic knowledge into practice before the first take-off. Sunday afternoon was filled with practicing the most important knots: bowline, clove hitch, cleat hitch and sheet bend. Afterwards we’ve took the awesome monocular gift out for a trail in basic navigation and introduction to the buoyage system and water ways. 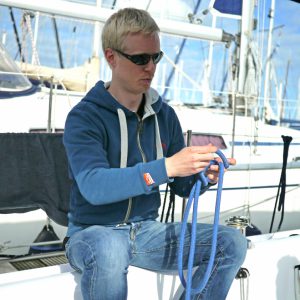 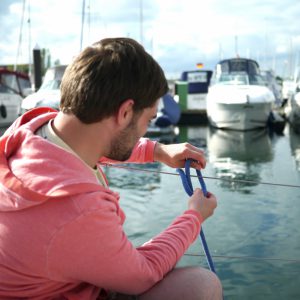 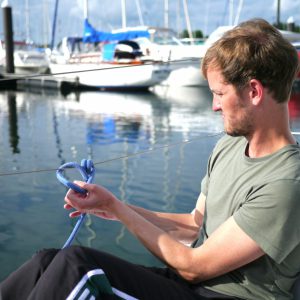 Starting from Neustadt i.H. you have basically two options: up-north or go-east. Up-north entails 2 long days for starters until Denmark, going east is a lot more pleasant if you want to start with short distances and finally end up at the island of Rügen. I was in favor of going east due to the shorter distances between harbors but the crew favored Denmark – it’s not the same feeling staying in Germany they said. As the wind forecast didn’t help with either direction (0-2 Bft. from NE), we headed for Denmark.

Main task was taking care of not getting burned by the sun – failed!

Both days (landing in Burgtiefe on Monday and Bagenkop, DK on Tuesday) were long but very relaxing. No waves and almost no wind which was a good start for explaining and practicing all particulars important for our trip. Klaus-Becker slept almost through day one after he has finished his book – deceleration at perfection. 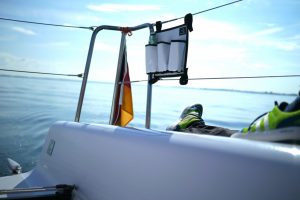 Despite my strict no-alcohol regulation during passage, I served a Carlsberg each when passing the boarder to Denmark to the enjoyment of my crew. It was still a long way to Bagenkop with an average of 2,4 knots – 11,5 hours in total. We spend the time whale watching, eating crispbread with cream cheese, singing “Atemlos durch die Nacht” from Helene Fischer whilst playing the guitar or just sleeping and sunbathing.

We decided to have breakfast on board during the passage to Denmark which lead to the following comment in the logbook. It must have been a very “pressing” day for those 2.

No success on potty for Dennis and Klaus without breakfast 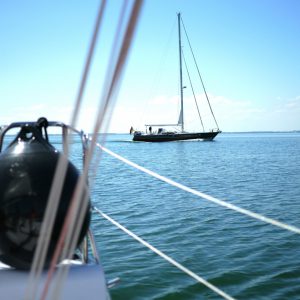 Some use their motor. We still sailed. 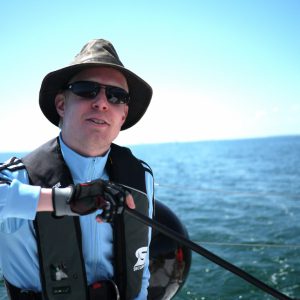 Dennis Sparow at the helm 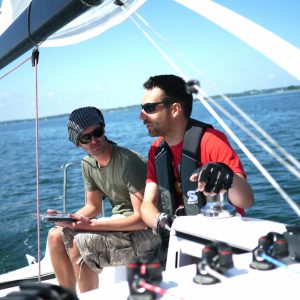 Leasson in nautical navigation with iPad 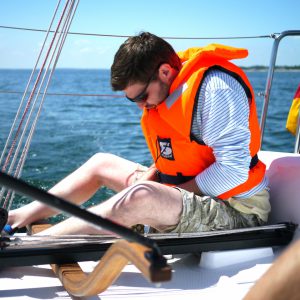 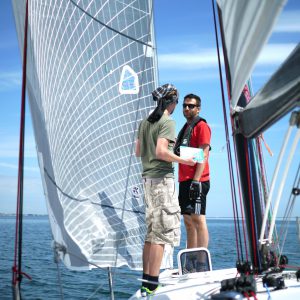 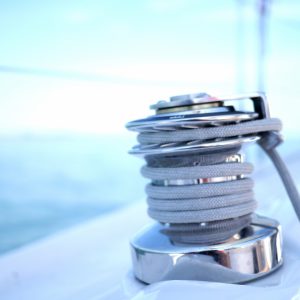 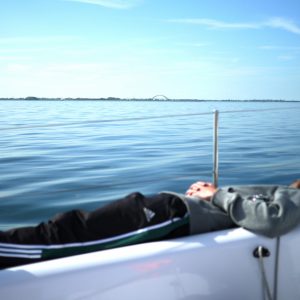 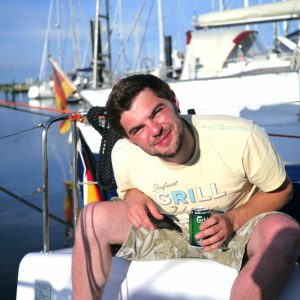 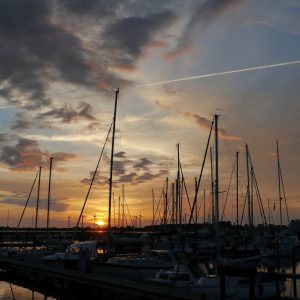 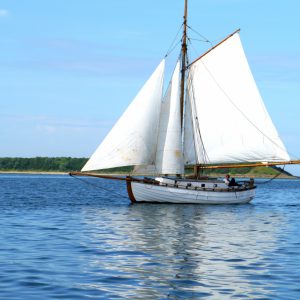 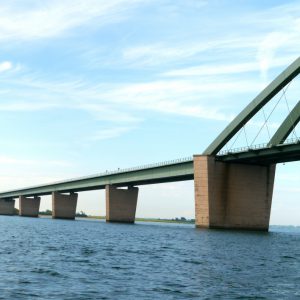 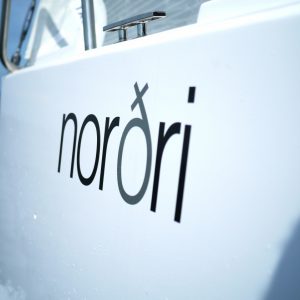 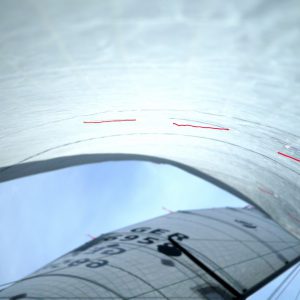 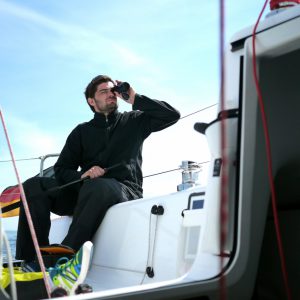 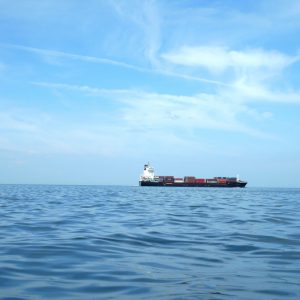 Who has to yield? Not sure, let’s wake up the skipper. 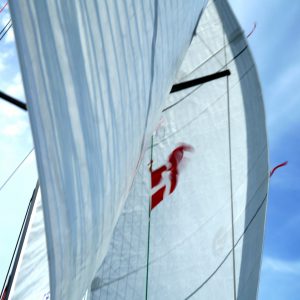 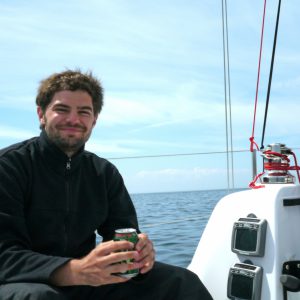 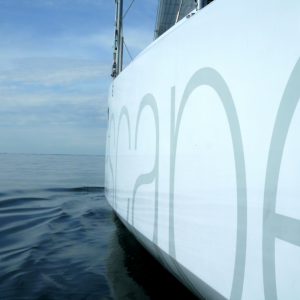 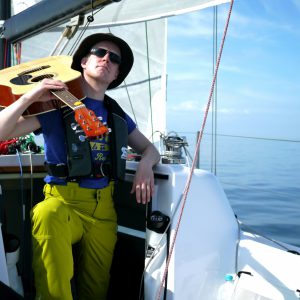 Time to make some noise – let’s play some Helene Fischer 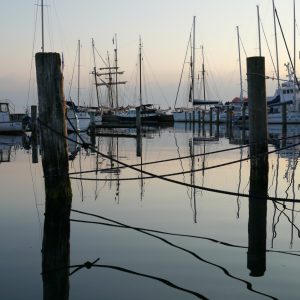 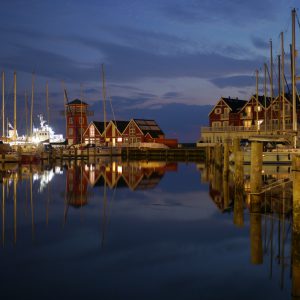