The end of a perfect sailing week 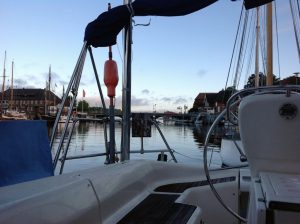 The day started rather calm, without rain or wind in Neustadt. After a hot shower and a good and extensive breakfast at Seßelbergs, I planned today’s route – lunch in Grömitz and straight back to Travemünde. Nothing really challenging along the way but then again the wind forecast said 5 – 6 Bft in gusts up to 7.

While leaving Neustadt harbor, we practiced berthing alongside the pier – apparently to the amusement of some early birds. Turns out throwing the rope is an important skill that deserves practicing.

Continuing in Bay of Neustadt, the wind was picking up blowing straight aft so we decided to use the technique “Wing on wing”. At this technique, the main sail and the jib are trimmed to alternating sides (starboard and port) to maximize the sail area when going down wind. When going dead down wind, the “direction” the wind is coming from could change instantly – for instance when changing course by few degree by accident – which leads to an uncontrolled jibe… Not good on a dinghy but certainly really bad on a 42 footer! To prevent this from happening, you can set a bull pendant, which is basically a rope you tie to the boom and fix it on the windward side of the mainsail. Here we go, speed over ground at 9,3 knots. As an alternative to wing on wing you could use a symmetric spinnaker and gain a few knots in speed – well, if you got on on board. 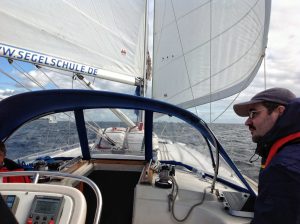 In Grömitz, I got the chance to back our car into a box. I pay my respect to anyone who can do it safely without ramming or destroying anything along the way. Those two poles are far to close together. With 6 people busy, pulling and letting go of a rope here and there and the instructions from our skipp, no harm was done and our Bavaria parked perfectly – a gleam of hope for April – and a lot of practicing to be done. 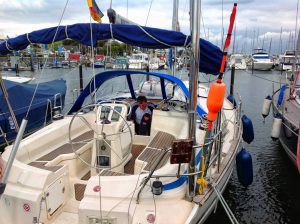 The rest of the day was just fun tacking towards Travemünde at 25 knots of wind – not exactly as much as forecasted but supposedly getting stronger by the day. Surprisingly, we have missed the heavy rain but no one was particularly sad about this.

Today is Sunday and the trip has come to an end. I will transfer to another boat tomorrow with a new crew and skipper for the rest of the week. Many thanks to Skipper Udo, the crew and whoever is responsible for the sunny and windy September weather – I had a great time! 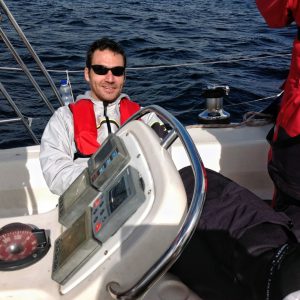 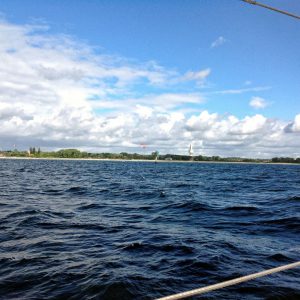 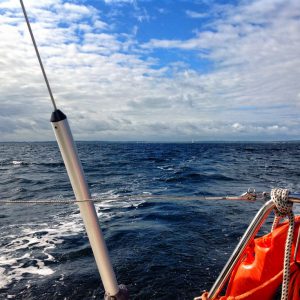 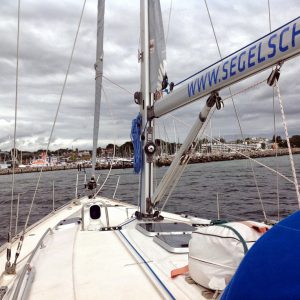 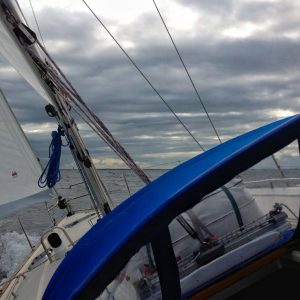 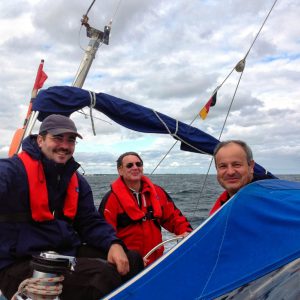 As I was in charge of the financials and really to lazy to calculate what everyone needs to pay manually, I downloaded an iPhone app called Bordkasse provided by MasterYachting. It does not seem to be available in English but its damn helpful and I recommend it to anyone who had to keep track on the cash on board – simply wonderful.