Putting her to a test! – Grow Sailing 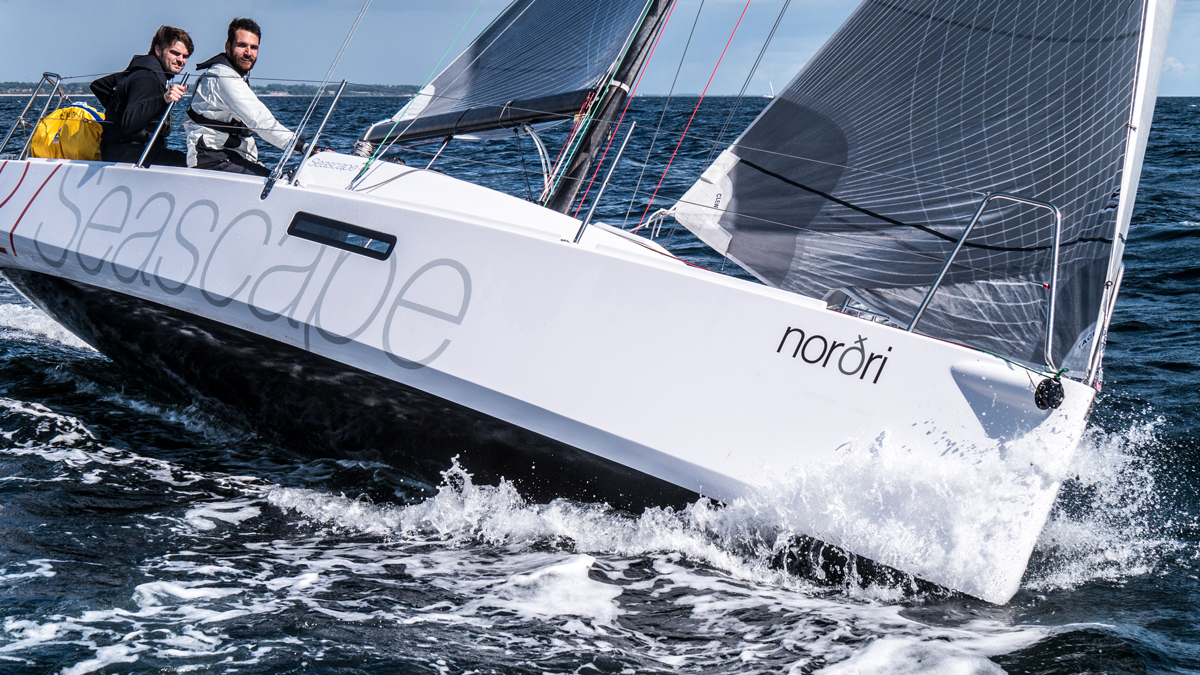 Two fun days with Jochen, Moritz and Markus at sea. Jochen, who is leading the German Seascape 18 chapter, asked via Gregor from Biehlmarin if he could test-drive my Seascape 27.

An experienced sailor joining on me my boat … ? No  need to ask twice. Finally a chance to show my Gennaker to world and expand my skill set. To top it off, Jochen brought his motorboat to take videos and pics from the outside!

On day one, we are leaving the harbor with all crew on my Seascape 27.  It’s time to introduce Jochen to the boat and check out the Gennaker. Wind is about 10 knots from south south east. Good wind / wave relation for the south western part of the bay of Lübeck. As the wind is supposed to pick up, we are deciding to set the small foresail – it’s also easier to furl away when the Gennaker is up.

Main sail, foresail, tacking, jibing all routine tasks except for Markus who’s first time sailing. It’s a little gusty but in the range to hit the paddle. Jochen explains how the Gennaker is hooked on; a few minutes later everything is ready and we are hosting the red balloon!

It’s hoisted the second time actually. I tried it once with a co-worker of mine who knows how to operate asymmetrical spinnakers. Everything seemed to be rather complicated then and in parts inconvenient … it makes so much sense now knowing the tricks

The boat is speeding up instantly. And we are learning why sailing is actually called “SPORT”. Actively sailing by pulling and letting go of the shots requires some muscle. 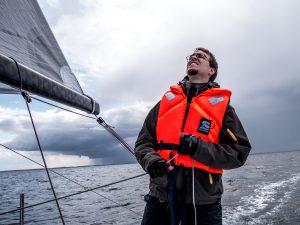 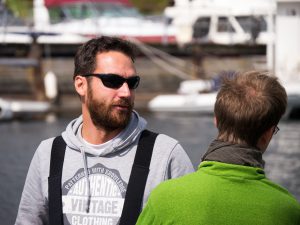 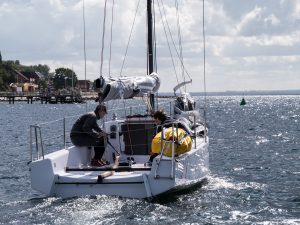 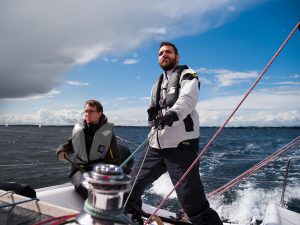 Sailing… who says it no sport?! 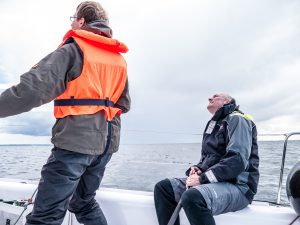 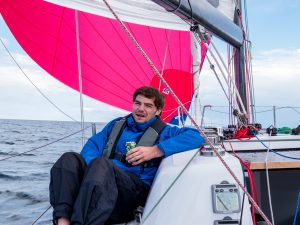 We eventually decided to fix the shots and steer accordingly. With Jochen on the main-shot and the rudder boat speed averages between 13 and 14 knots with a maximum of awesome 14,5 knots.

A few miles out, we are turning the boat around to call it a day … but just because Markus needs to catch a train. With the fun we had, Denmark was already in reach. Waves have picked up a little, wind not so much. The small foresail does not provide enough power, the Genoa left behind at the harbor … . Forced deceleration … we are tacking to port.

On day two, I’m following with the motorboat to take pictures and videos. Unfortunately, too much wind and too gusty for the Gennaker.  I am astonished by the speed of the Seascape though. To take shots from up-front or sideways, I had to quite far out before I turned around to actually catch it in action. 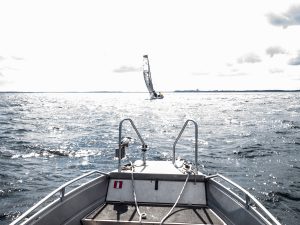 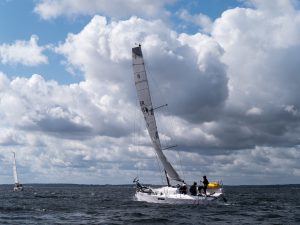 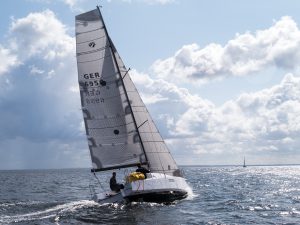 Seascape 27 with main and genoa 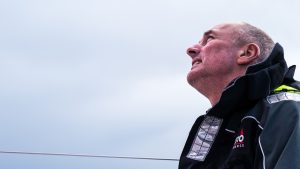 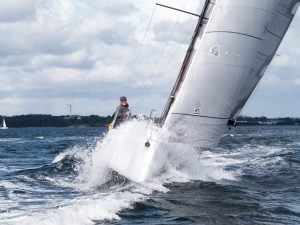 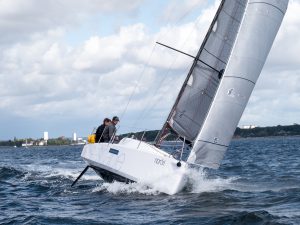 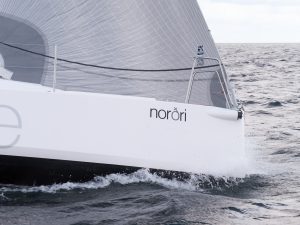 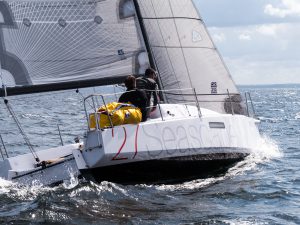 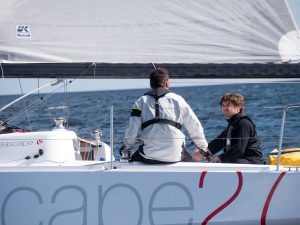 Apps & co. mini-post-series Baltic Sea Caribbean Mediterranean Sea Men Folk Sailing '14 Once In A Lifetime Summer '14 Seascape 27 South Funen Archipelago
We use cookies to optimize the functionality of the website and for web analysis. If you use our website, you agree. For more information, including the revocation of consent, please see our Privacy Policy.AcceptPrivacy policy