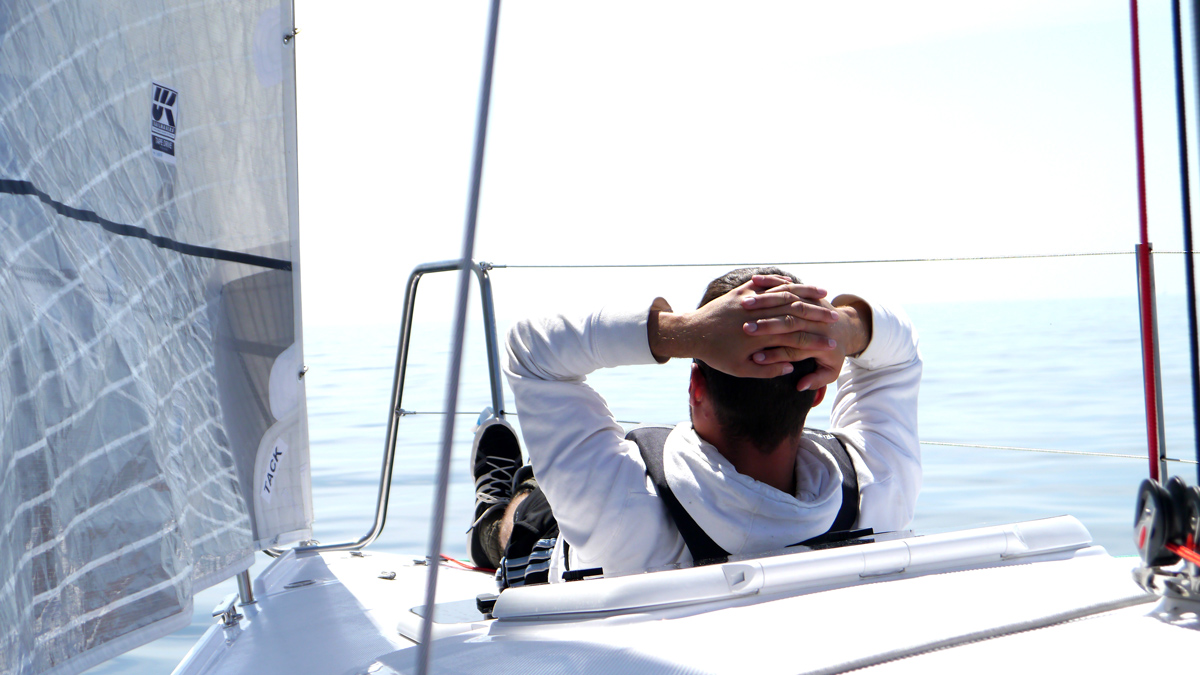 2014, my first Season with a Seascape 27.  There is lots of awesome things to tell about the boat but also some annoying once. I will share my experience with boat no. 19 and also add the comments I received from Seascape to my experience.

Seascape promised a boat that is easy to handle, even with a shorthanded crew. They have nailed it! I had roughly 3 weeks of sailing experience before my girlfriend and I set sail from Flensburg to Neustadt with our new Seascape 27. Of course we had to get used to the boat and all it’s trimming possibilities. Our sailing performance was far from ideal but we managed the ~160nm safely. After 1.000nm I sailed with her in 2014, I will even dare to sail single handedly 2015 in light to normal weather conditions. 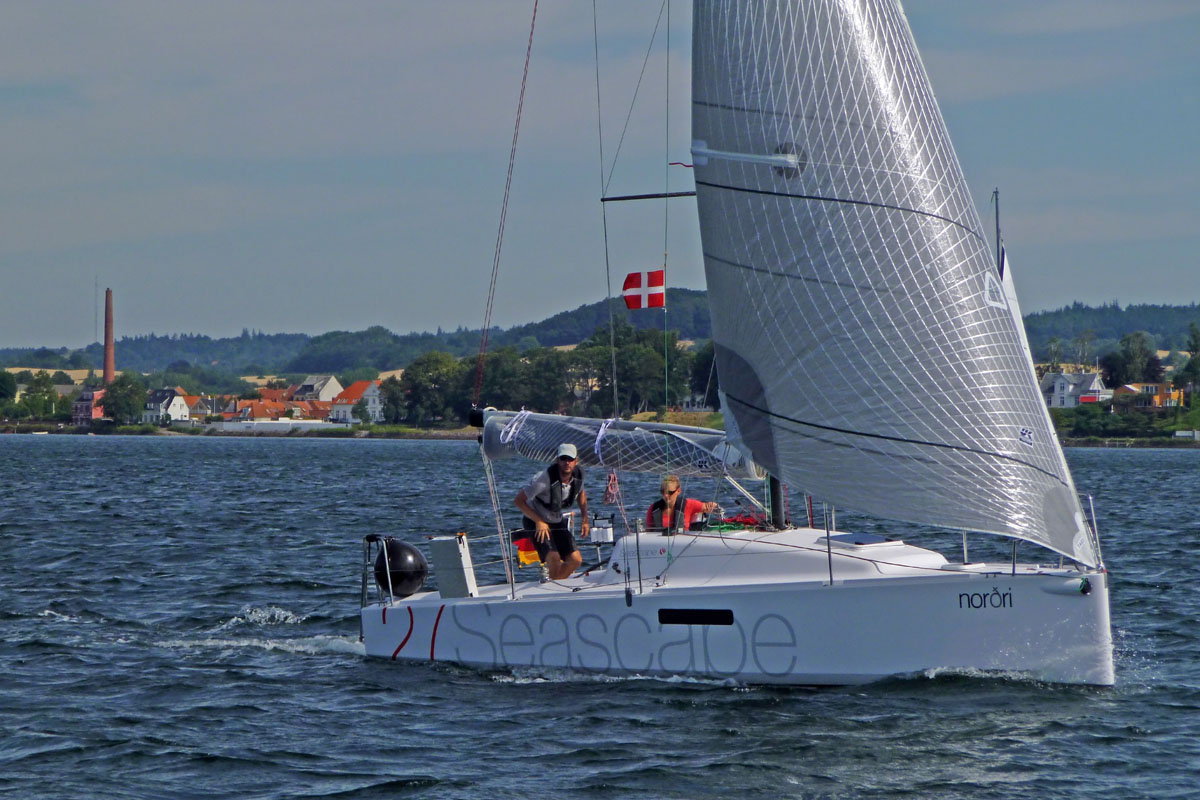 Seascape 27: easy to handle with a small crew

Two things are a real annoyance to us though

First of all, the 6hp Tohatsu that just does not start a lot of times. We could not figure out a pattern yet but it is more likely to happen when sailing in a higher sea state. The issue is with the ignition plug. It’s wet preventing the engine to start (it’s either gasoline or oil – not sure, when you wipe it with white cloth it leaves black stains). With a wet plug you can pull your lungs out (90+ times) without any success. So we remove the ignition plug one, two, sometimes even three or more times and dry it. Usually the engine starts after pulling around 20 times whilst drying the plug. Very much looking forward to the solution Seascape is working on! 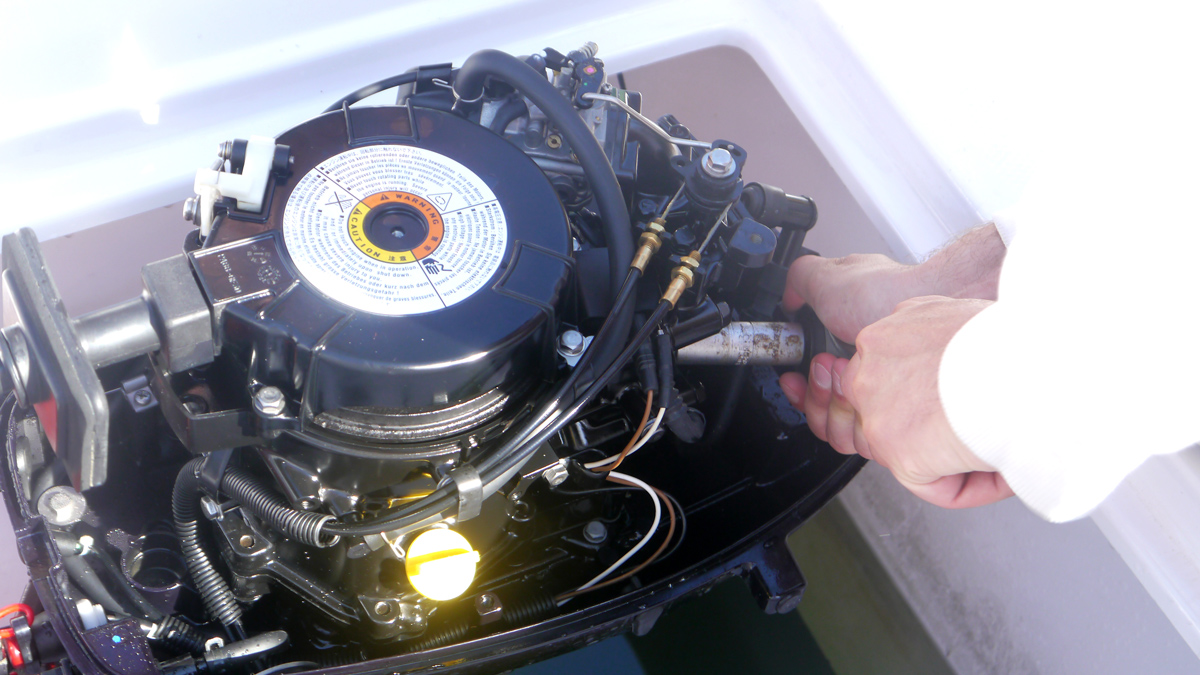 It does not seem to happen with the 9.8hp Tohatsu as it contains a fuel injection. Seascape is currently testing a new engine hatch giving the engine additional 7 cm of headroom. With the new hatch, the 6hp engine will not be placed entirely on the site when resting but in an upward angle. The first tests at the Jabuka Race have been successful according to Andraž Mihelin.

The second issue is the main sail handling. I was a little naive regarding the luff – I did not order the sliders option so the luff is not fixed anywhere when the sail is not hoisted. Especially with two people we have a hard time getting the sail under control in heavy winds and gusts. It’s probably good for experienced sailors for performance reasons but I will get this changed over the winter.

Andraž said that quite some owners now use combination of luff rope and a simple lazy bag/layzjack system and they are really happy with it. Seascape plans to offer it in 2015.

I still think I will go for the sliders, as it requires reinforcing the mast which can only be done if it’s down. I do not plan to set the mast twice in the season.

Cruising with her is awesome. The smart concepts providing lots of space really pay off. 3 weeks with two people on-board is easy going – even 8 days with 4 males not an issue. 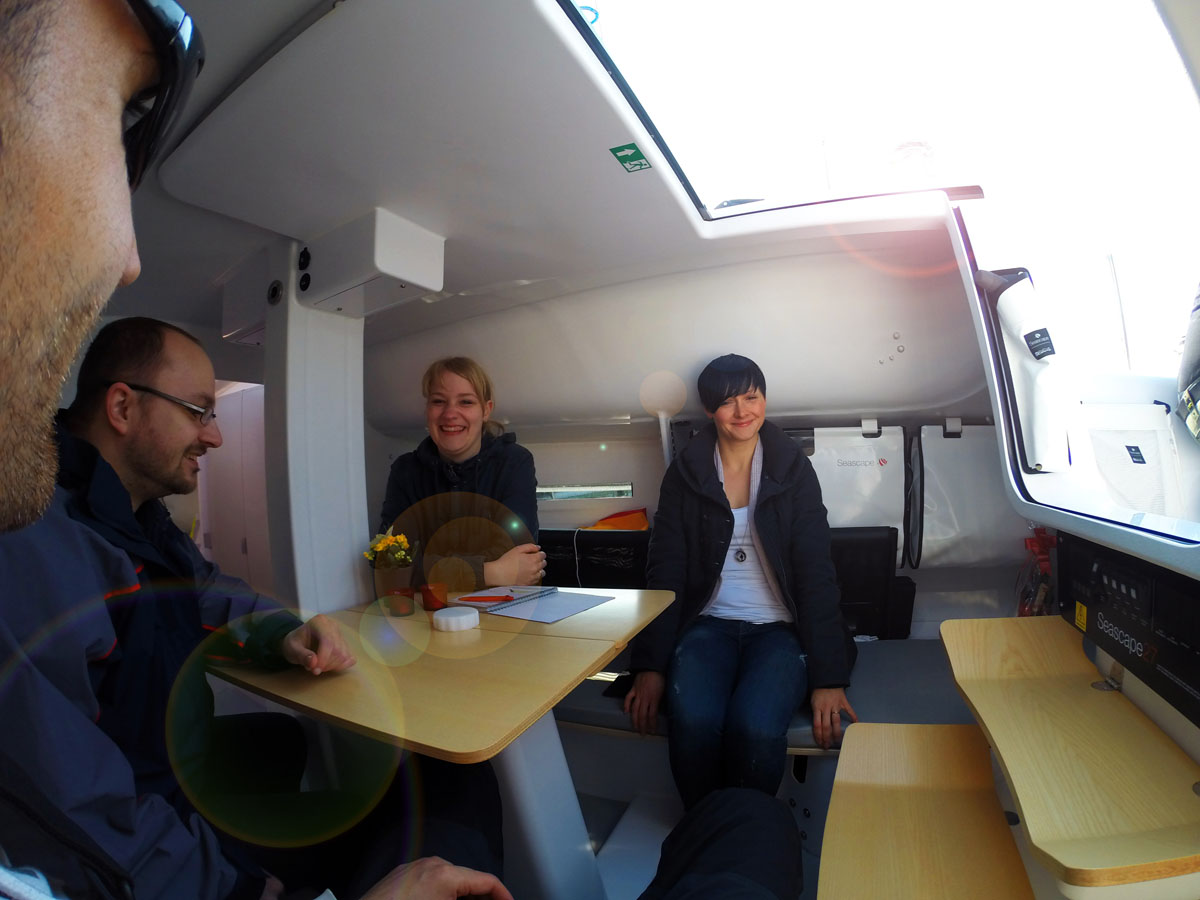 Seascape 27: Spacious despite the overall dimensions

There is room for improvements with the mattresses though. Everyone who slept over complained about the hardness. We put an additional foam mattress of 5cm on top of the standard one in the front cabin which makes it ok. Our guest in the main cabin used 2-3 blankets to soften their beds. I would prefer one set of thicker and softer mattresses, especially in the front cabin. 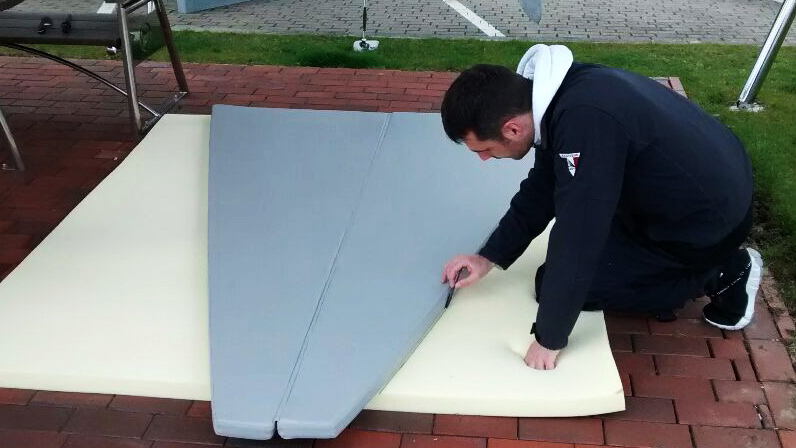 Over the summer, I though about how to take advantage of the table that is easily disassembled. It would be great if we could use it outside as well. I imagine a mechanism alike to Ikea table-legs. You could screw one of the legs onto the top of the engine hatch and put the table on top. This should be done in a few seconds and can be removed completely while sailing or left on land whilst racing.

Seascape apparently had the same idea. Andraž said the “table was meant to be attached on a single alu or carbon tube that you would install in the centre of the cockpit. But lack of clearance at the engine head stopped that plan. Didn’t make alternative but working on it.”

I think Seascape has a great marketing in place. It’s user centered and emotional. I like a lot that Seascape people participate in races and even join other SSC27’s on races to make sure there is a good amount of boats at the start line. Obviously, the SSC27 is an award winning boat:

In my opinion she deserved everyone one of it. At the same time, I think Seascape could improve their retrofit business a lot by publishing new and cool options they have developed on their website. For example, I only heard about the the swimming ladder because I kept asking Bielmarin about it. I recently came across a post on Facebook saying that the 2015 model will ship with a carbon tiller. My tiller looks pretty rotten after one season. If I cannot refurbish it, I could imagine getting a carbon one. + who knows what other cool stuff the Seascape guys have developed?

The Seascape website will be updated in 2015 including a list of options. A little later in 2015, Seascape will also launch a knowledge base. Just what we all have been waiting for 🙂 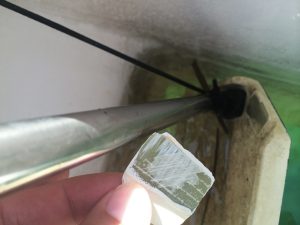 It could very well be normal within the pleasure vessel industry, especially with a new model but a quite some times we went out for sailing something broke. Even though mostly small things, every time this happened it left some aftertaste, giving me the impression that the boat is degenerating. Everything can be fixed and I hear the same thing from other boats of all types and manufacturers. Just thought I should mention it.

Two things that would make my life easier:

In short: very happy with the boat and the concept, hoping to solve all the issues before end of March and that the boat will last for many years. 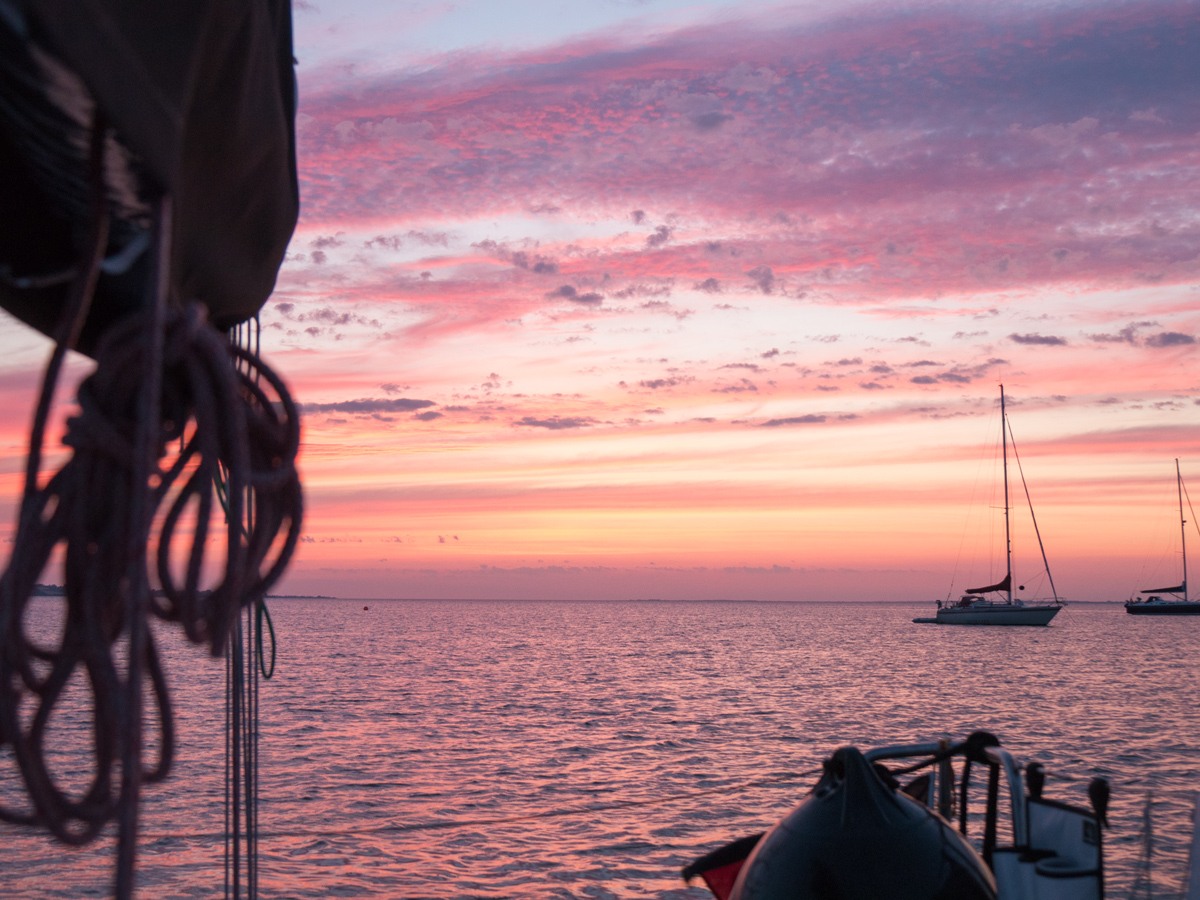