Worlds premiere of the Seascape 27 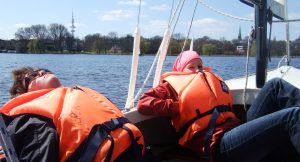 Lukas and Sina taking a break

We have started our sailing season today on the Outer Alster in Hamburg, Germany. The Alster is a tributary of the river Elbe forming two artificial lakes (outer and inner Alster). Both lakes are directly located in the city center of Hamburg offering a fabulous scenery. The size of the Outer Alster is 1.6 km². 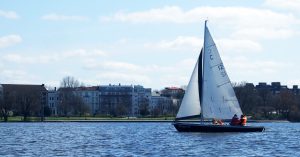 The boat we’ve rented is a Centaur designed 1960 by Zaadnoordijk Yachtbuilders BV (Netherlands). A fast dinghy measuring 6,20m x 2,00m with a draft of 0,85m and approximately 20m² sail area (main and foresail).

Not having sailed for 8 months and only having actively sailed for two weeks in our entire lives, we knew this trip was going to be exciting. The Centaur did not come with a motor, so we had to sail out of a fairly small basin onto the Alster. Due to initial confusion we had to jibe once and tack FIVE times before we managed – we must have looked very funny 😀

Out in the open there was not much to do wrong, we found our routine unexpectedly quick and the Centaur is a very forgiving boat. Further upwind, we hit a wall (I could not count all of them) of other boats which were Spinnaker sailing towards us – those guys did not plan to give way at any point in time. After a quick “shock” and realization that it’s up to us, we tacked through those boats; some passed with a distance that cannot be called comfortable. 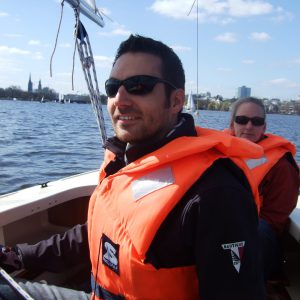 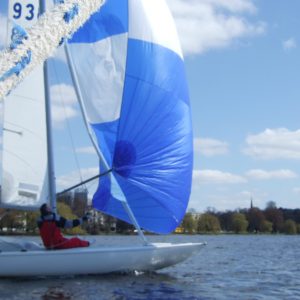 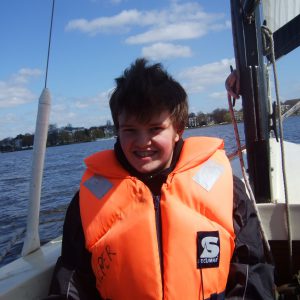 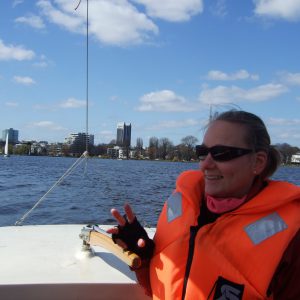 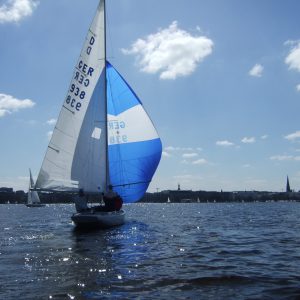 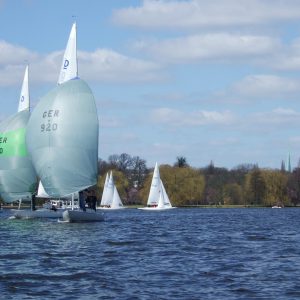 At some point later the wind dropped to about 5 knots – time for sunbathing and food. We enjoyed a big bag of vegetables (peppers, cucumber, radish, kohlrabi) and buttered bread rolls with thick slices of salami!

New energy to master the final challenge of the day -> berth at the pier without an engine or mooring. In sailing school, we learned how to coil up and use the mooring line to pull ourselves in – not this time. OK, keep cool – it’s always the first time for something… and … we jibed into the basin, tacked once and smoothly sailed alongside the pier – WOW!!! A sailing teacher who stood at the pier said to his friend “look, this is how it’s done”. Not sure whether this was skill or luck but we were proud a good deal; forgotten the little embarrassment from the start.

We did not break anything – yai – managed all challenges presented, boosted our confidence in our sailing skills and most importantly had a great and sunny day out on the water!