Stuck … in deep and shallow waters 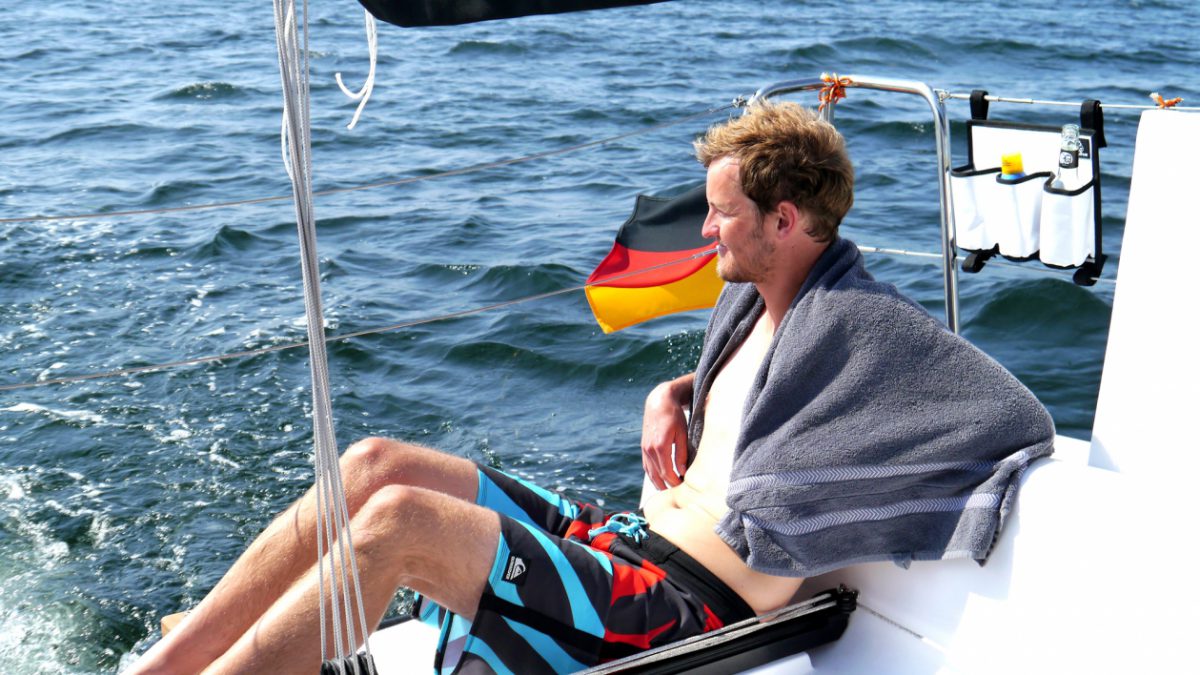 Recovering from pushing the boat of the shallow

When we woke up in the morning, none of us would have guessed the excitement ahead of us. 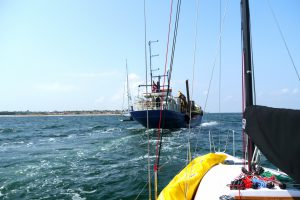 Continuing our trip on day 3 from Bagekop to “Det Sydfynske Øhavn” (South Funen Archipelago in danish). The gate to the archipelago is just 6 miles up north from Bagenkop. We sailed those miles with the main sail only with course set to narrow waterways of Marstal. If we just had a furling jib – un-bagging and bagging the Genoa for 6 miles is just not worth it.

Again there was little wind at a course almost dead downwind towards Marstal. Good opportunity to put in some jibes – the crew was not yet familiar with the maneuver. Klaus Becker dared a 360° but was far to slow when trying to tack shortly after a jibe. Without the possibility of back winding the jib, we actually got stuck. There was no movement, all speed lost, bow pointing into the wind, no reaction on the ruder … no movement at all. Instruments showed depth of 18,3 meters, unlikely we hit a shallow. We were drifting for 5 minutes without a clue how to turn norðri to a favorable wind angle again.

I placed two of the guys on the bow as human sails, hoping they provide enough surface to the wind to get the bow turning … slowly, very very slowly, I mean really slowly the boat started to turn. They stayed in the position until the main caught wind again. The maneuver “back winding with humans” was born.

Reaching the gate, we were not really eager motoring all along through the narrow waterways but not eager to stop at Marstal either. The turquois water aside the artifical channel looked amazing and invited for a bath. 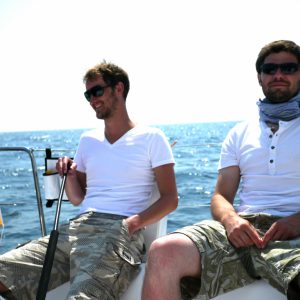 Jibe, tack and get stuck 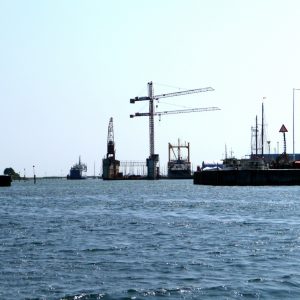 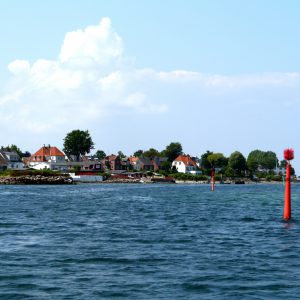 As the wind picked up a little and turned right to ESE followed by some  “waves”, we decided to seek shelter behind the long island in the north-east of Ærø. We lifted the keel reducing the draft to 1 meter. On the shallow side of the 2 meter line there was no real depth indication on our charts anymore but the ground looked sandy and we went in very slowly. The wind turned further east, so the shelter was no good and we tried to shortcut through the shallow towards Ærøskøbing.

Up front there were some birds swimming – swimming? no shit standing in the water! Water – where is the water? Sandbank it’s called I guess.

A few seconds later we were stuck – again. Reversing had no affect, the wind pushed us from aft onto the shallow. Time to take the first swim of the year. Rüdiger jumped in trying to push the boat – no success. He could stand besides the boat but it was definitely deeper than 1 meter, must be a little underwater hill we’ve found. As his pushing had no affect, we loosened the main sheet put the boom far to port and had Klaus Becker sitting on it to reduce draft by heeling.

That worked well! The wind pushed us further onto the shallow, depth reduced by another 20 centimeters. Time for Klaus Becker to take a swim. Rüdiger pushed the bow into the wind, Klaus was pushing from aft, engine half-throttle forward. No effect. Time for me to join the guys in the water. Dennis stayed on-board to make sure the boat does not take-off without us. Three man pushing but no effect at all – wind against us. Before considering more radical options, I thought I’ll give the keel lifting another try – maybe I did not pump it up entirely. Our lucky day, norðri started moving. Everyone got back on-board an we set course to the next waterway. 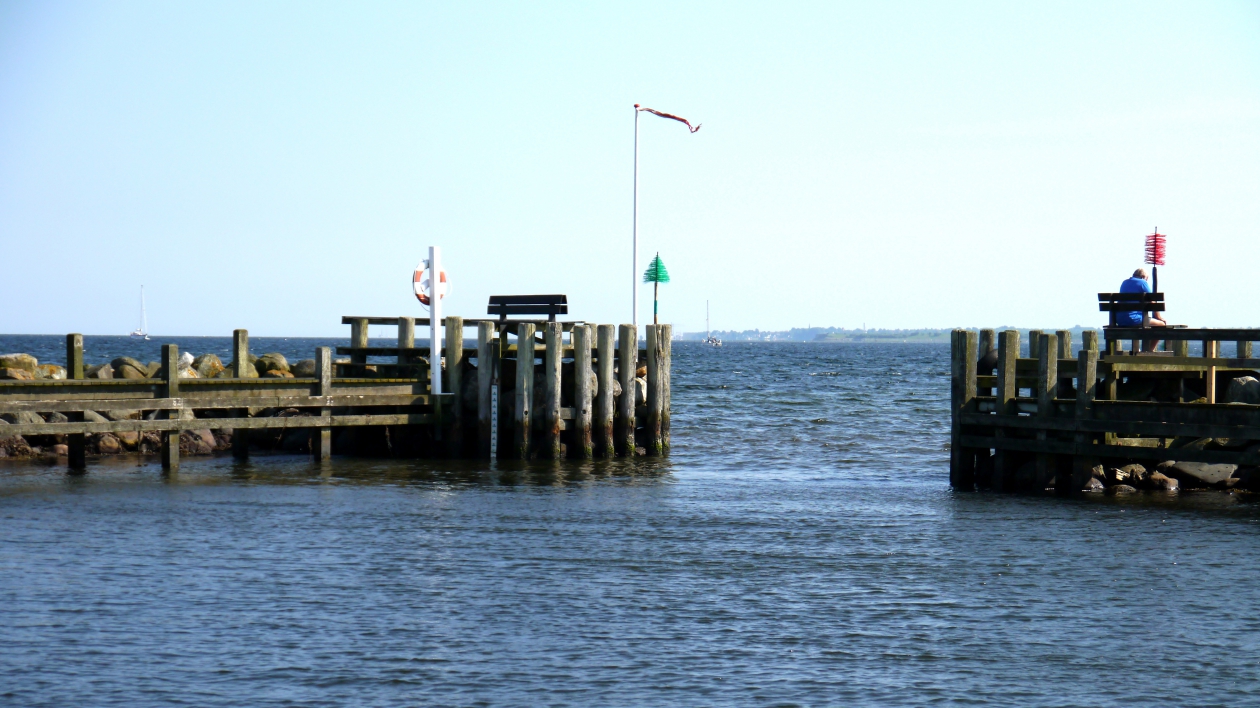 I call it fate! Back in the waterways on our way to Ærøskøbing a small island appeared on starboard. The charts did not indicate a harbor or anything but it  looked liked 5 boat masts behind a mole. Wikipedia helped us telling that there was indeed a hour with places for 10 boats, depth 1,5 meters. Why not give it a try … can’t be “worse” than our little ground trip before. We did and ended up at the most beautiful Island I have seen in Europe so far: Birkholm! 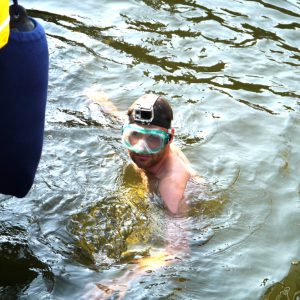 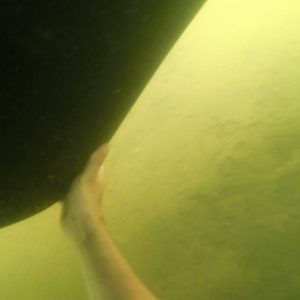 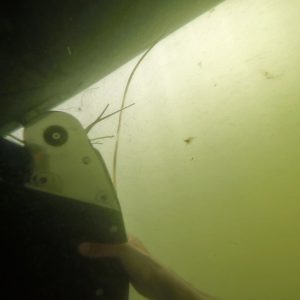